Embark on a journey steeped in history on this tour of some of the most intriguing aviation and war museums in Britain. With an expert Tour Leader at the helm, we’ll walk in the footsteps of fallen heroes – and feel the thrill of flying over Cambridge in a fully restored Dragon Rapide aircraft.

After meeting in London, we’ll head straight to our first stop – the Imperial War Museum – before we move on to the charming city of Cambridge, where we’ll see the likes of the famous university and Bridge of Sighs on a walking tour. After a rich day of sightseeing, we’ll enjoy a group dinner together.
(D)

This morning we’ll pay our respects to fallen veterans at the American Cemetery and Memorial in Coton before exploring Duxford’s Imperial War Museum and the American Air Museum, where we’ll observe dramatic displays performed by original aircraft. After that comes one of our trip highlights: a nostalgic flight over Cambridge in a fully restored Dragon Rapide. Then: onwards to The Petwood Hotel, the home of the legendary Dambusters, where we’ll make ourselves at home for the next few nights.
(B)

Today we’ll visit RAF Coningsby before continuing to East Kirkby Aviation Heritage Centre – where we’ll see Just Jane, the famous Lancaster NX611, up close. In the afternoon, we’ll visit the Thorpe Camp Visitor Centre to learn more about the former airfield and the squadrons that were based there.
(B/D)

On today’s agenda: included visits to RAF Scampton (the base of the Red Arrows), the notable Memorial Spire and Wall of Names, and the Chadwick Centre. Later, we’ll enjoy a tour of Lincoln’s Cathedral and Castle before returning to the Petwood Hotel for an evening of leisure time.
(B)

Today we’ll visit the award-winning RAF Museum Cosford, where we’ll have the chance to take a close look at the original bombers, before continuing to the uplifting National Memorial Arboretum. In the evening, we’ll move on to Leamington Spa – where a delicious dinner awaits.
(B/D)

First today: a visit to Bletchley Park, the Victorian estate that was once the top-secret HQ of the WWII Codebreakers. After an insightful morning, the afternoon will see us touring the Swiss Garden and the Shuttleworth Collection – one of the most prestigious collections of aircraft and vehicles in the world – at Biggleswade. Winchester is where we’ll rest our heads tonight.
(B)

After a tour of the awe-inspiring Winchester Cathedral, the day will be yours to spend exploring historic sites (such as the Great Hall and Winchester College), visiting museums and galleries or tasting the local fare in one of the city’s excellent restaurants.
(B)

Winchester – Wareham – Portsmouth
Today we’ll learn the history of armoured fighting vehicles on a guided tour of Bovington Tank Museum, before directing our attention to Portsmouth. Afterwards, we’ll continue to the D-Day Museum, where we’ll have the privilege of meeting an RAF veteran and hearing his personal wartime stories. Tonight, a farewell dinner is in order.
(B/D)

Before we say goodbye, there’s still time to visit Tangmere Military Aviation Museum and Biggin Hill Hangar – where we’ll see six fully restored Spitfire aircraft. Then, it’s back to London, where our trip will end.
(B) 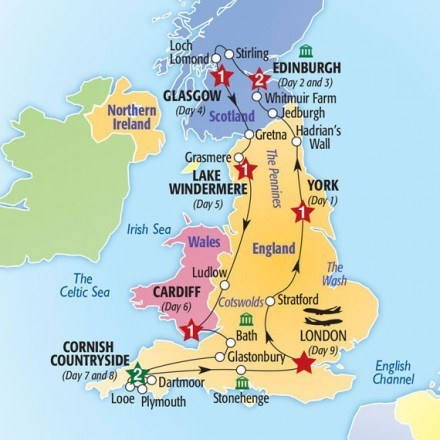 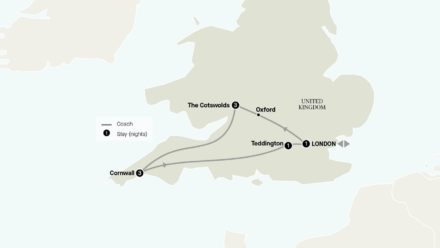 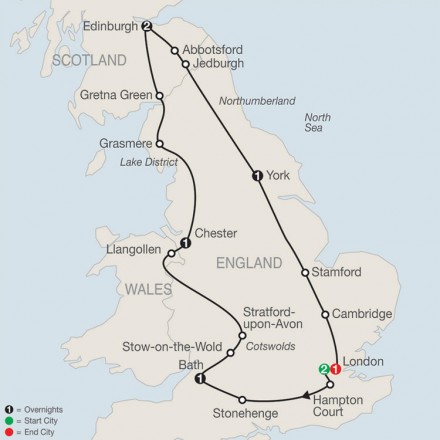 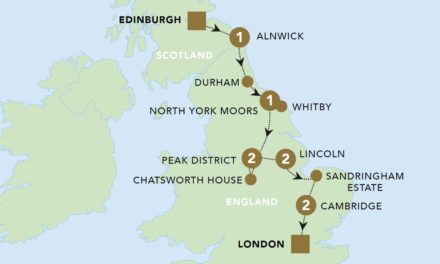